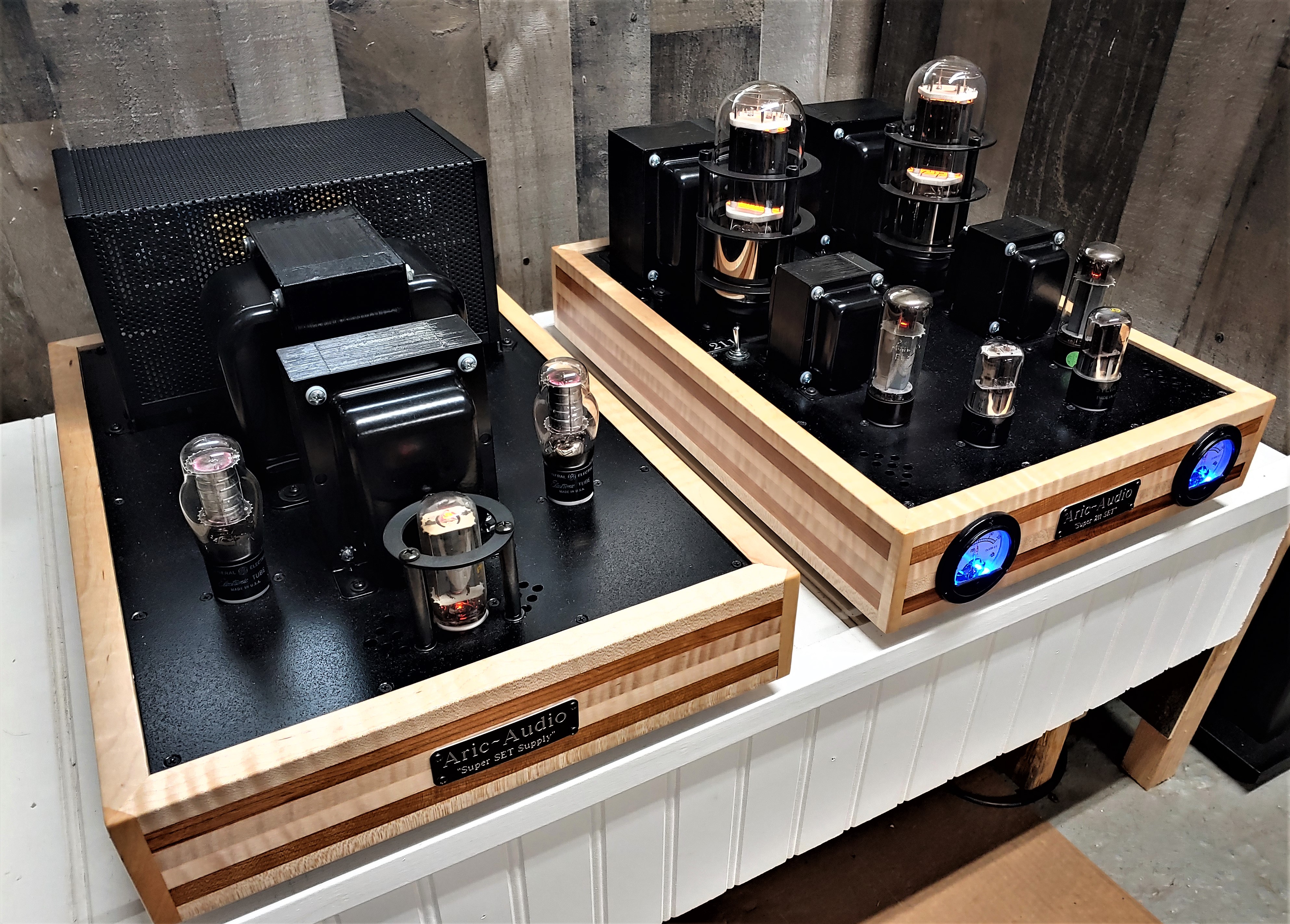 Description Features Technical Specs
The 211 and 845 transmitter tubes have always represented somewhat of an enigma- a large power tube typically run in single ended, and originally used in WWI to transmit radio signals across battlefields, and used voltages in excess of 1,000 volts on the plates to maximize linearity and amplification. Many current amplifier designs try to run these tubes at lower voltages, (and without a robust driver) which prevents them from producing more than 15-20 watts. As such- they do not realize the full glory these tubes have to offer. The Aric~Audio Super 211 SET's goals are to execute a proper single ended build utilizing these two famous tubes, without any Achilles Heel in order to present the full spectrum.

The driver for the power tube is- another power tube! An EL34 run in Triode-strapped mode provides a very low output impedance and loads of voltage swing (over 200V PP), to push the grid of the 211/845 even when it's drawing positive grid current- such as what occurs when these tubes are run at anything over 10-15 watts. Using a proper power supply strictly for the driver and input tubes, allows the amplifier to produce up to 35 watts of low distortion power! 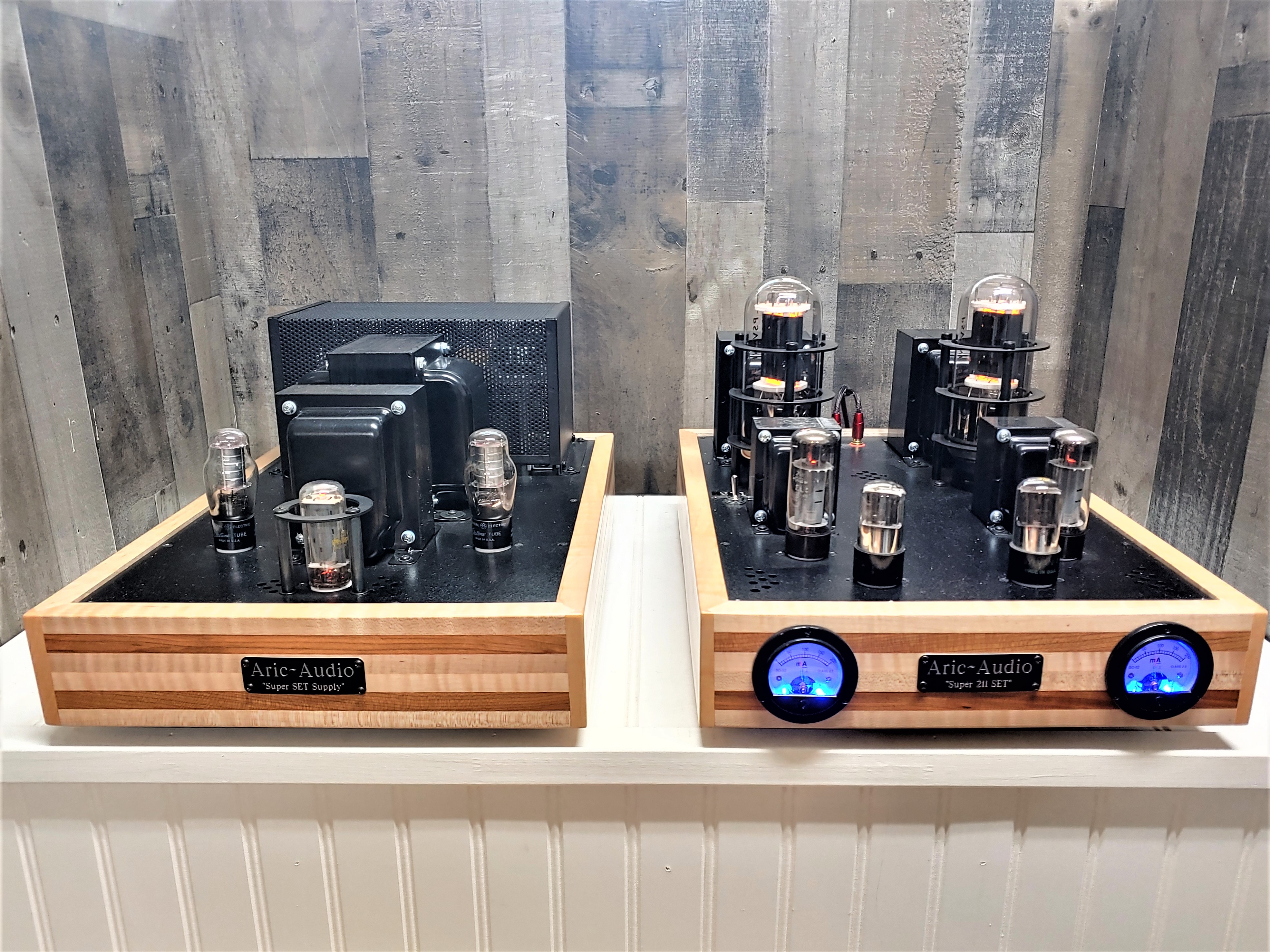 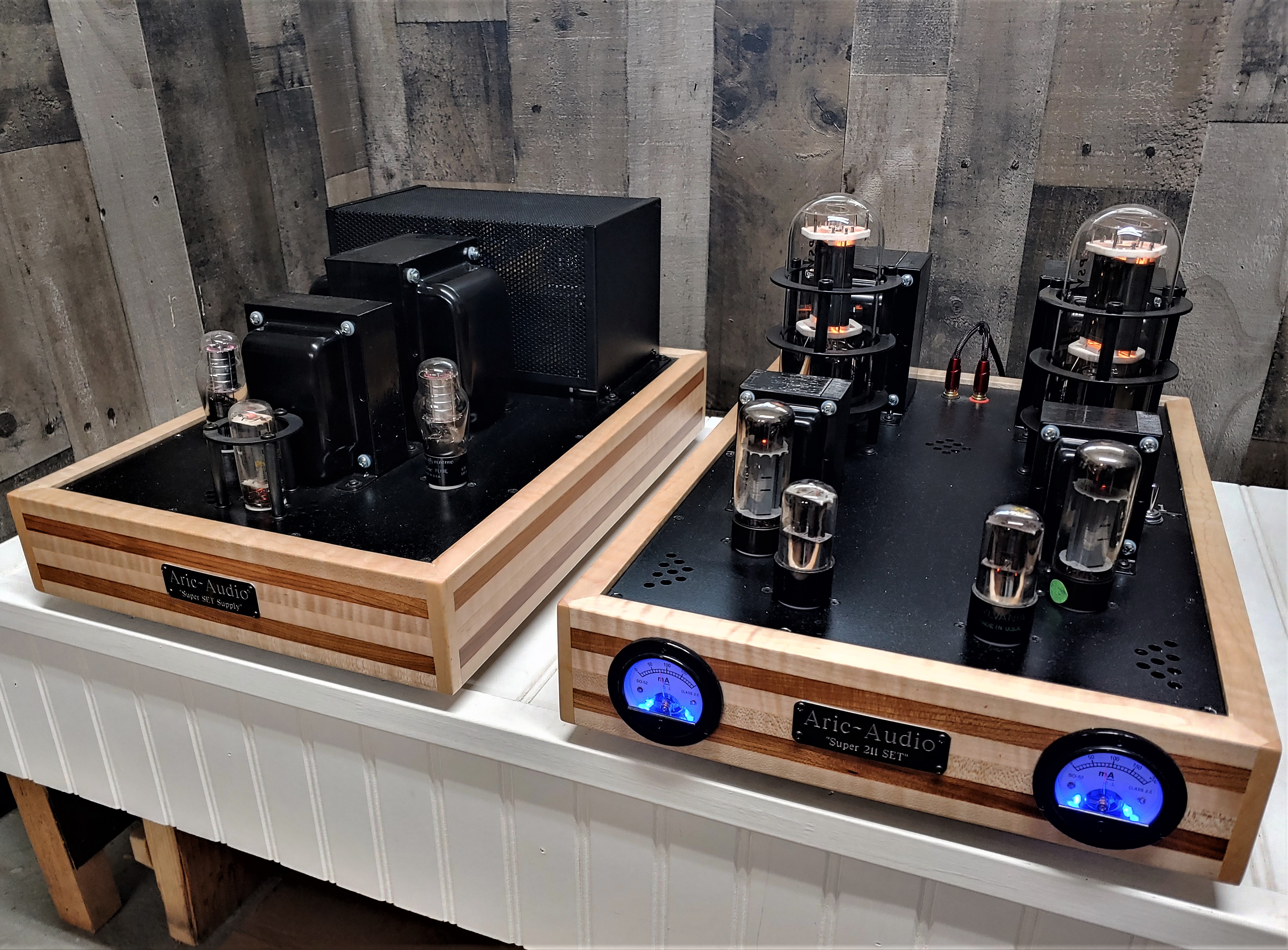 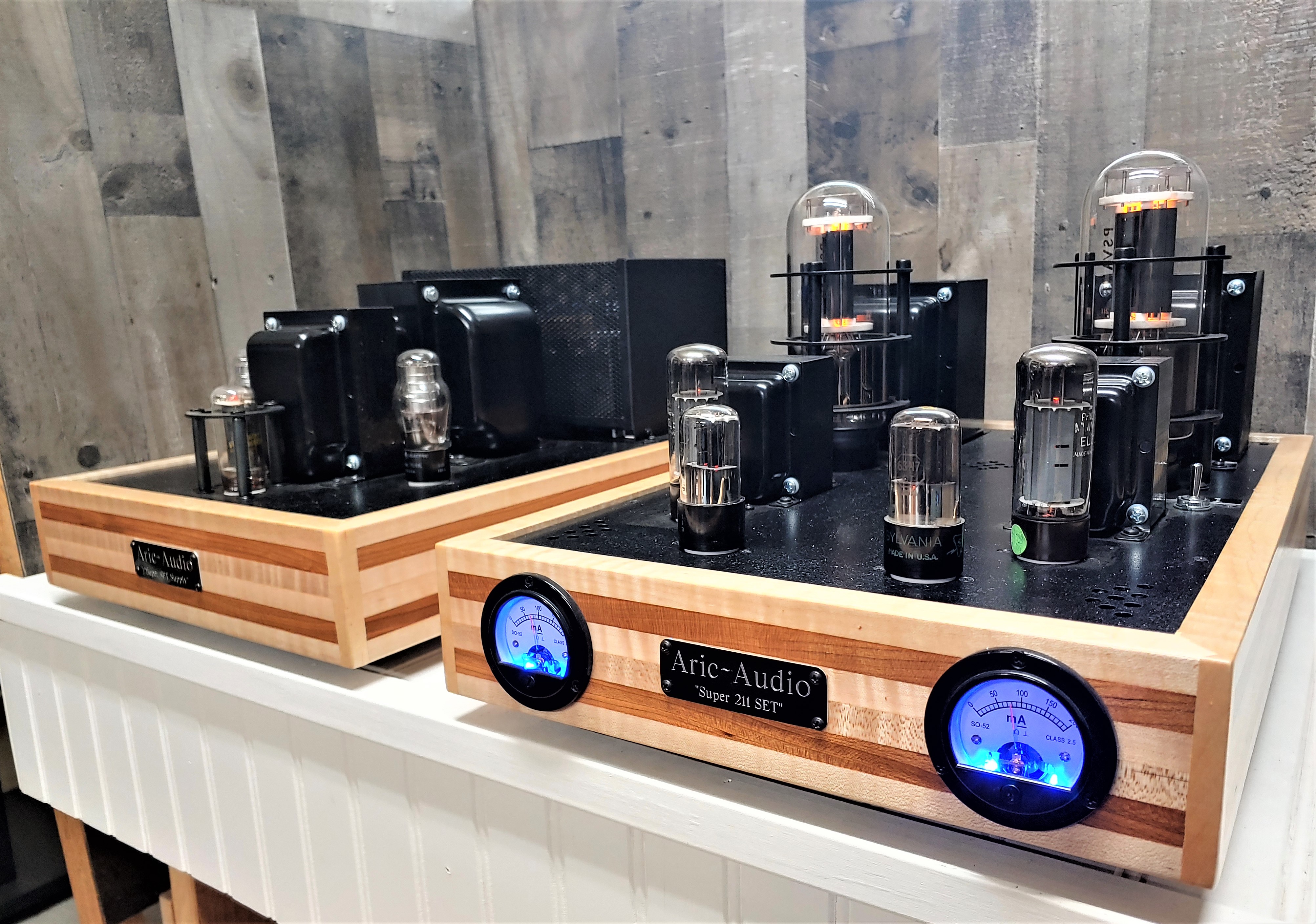 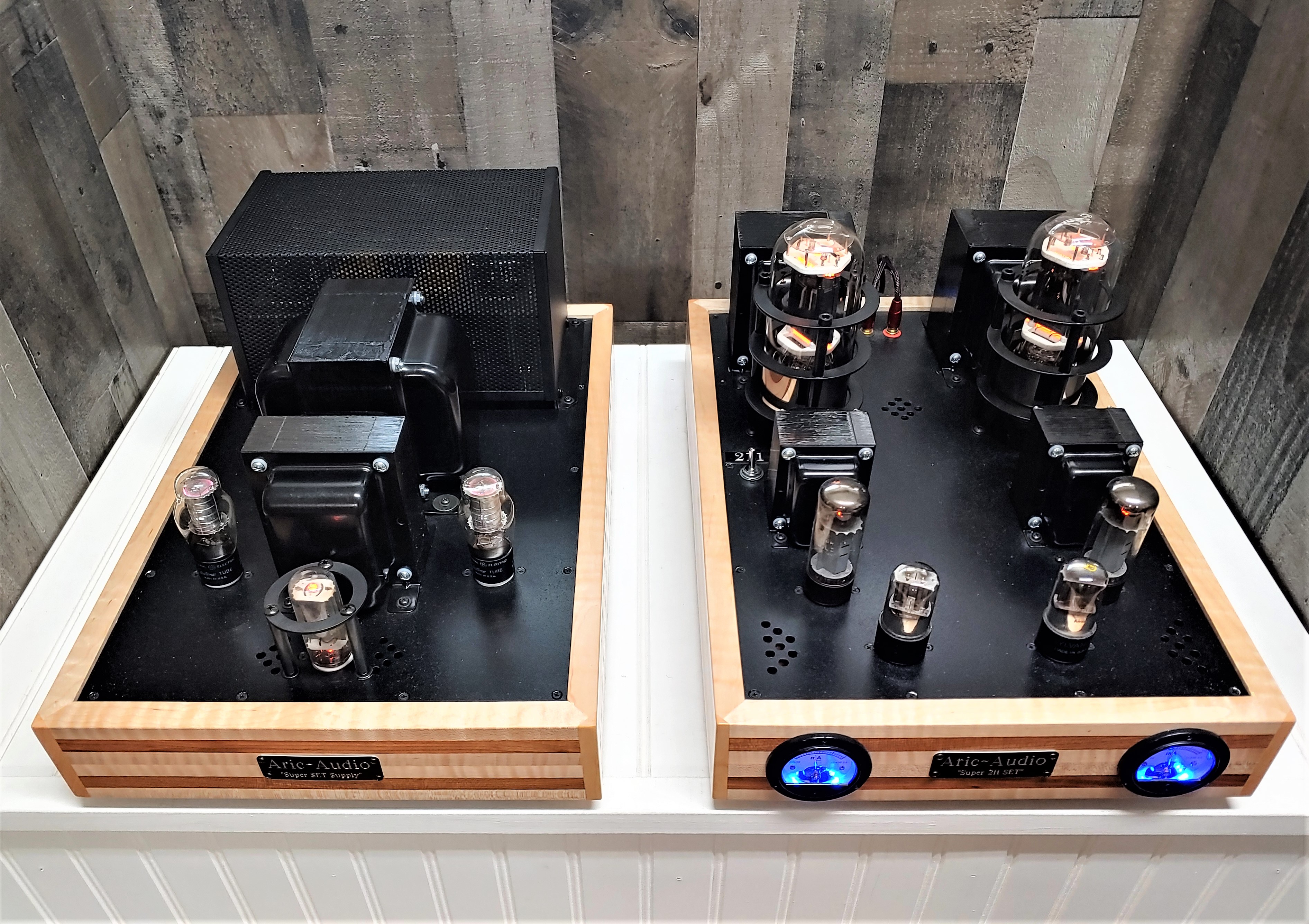 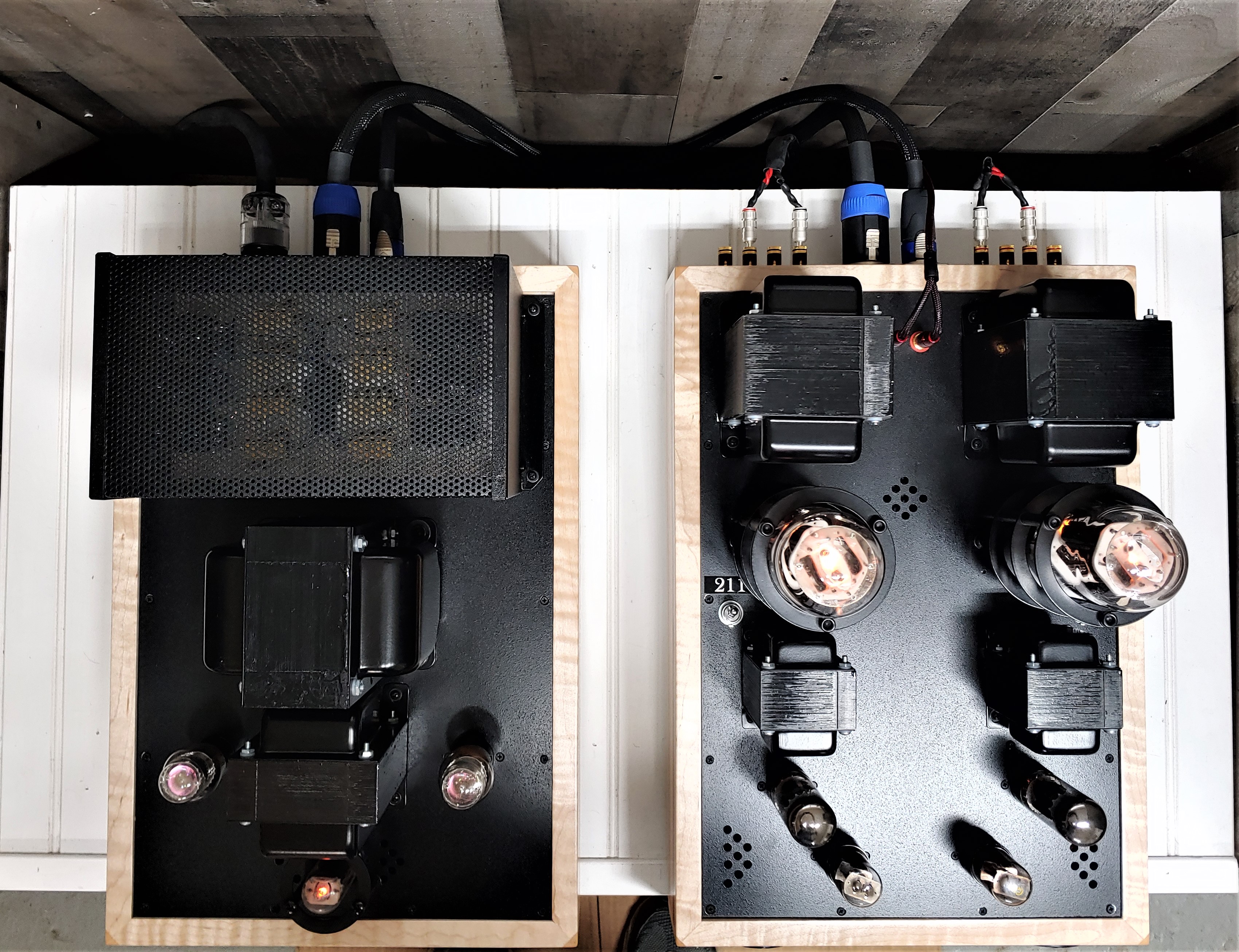 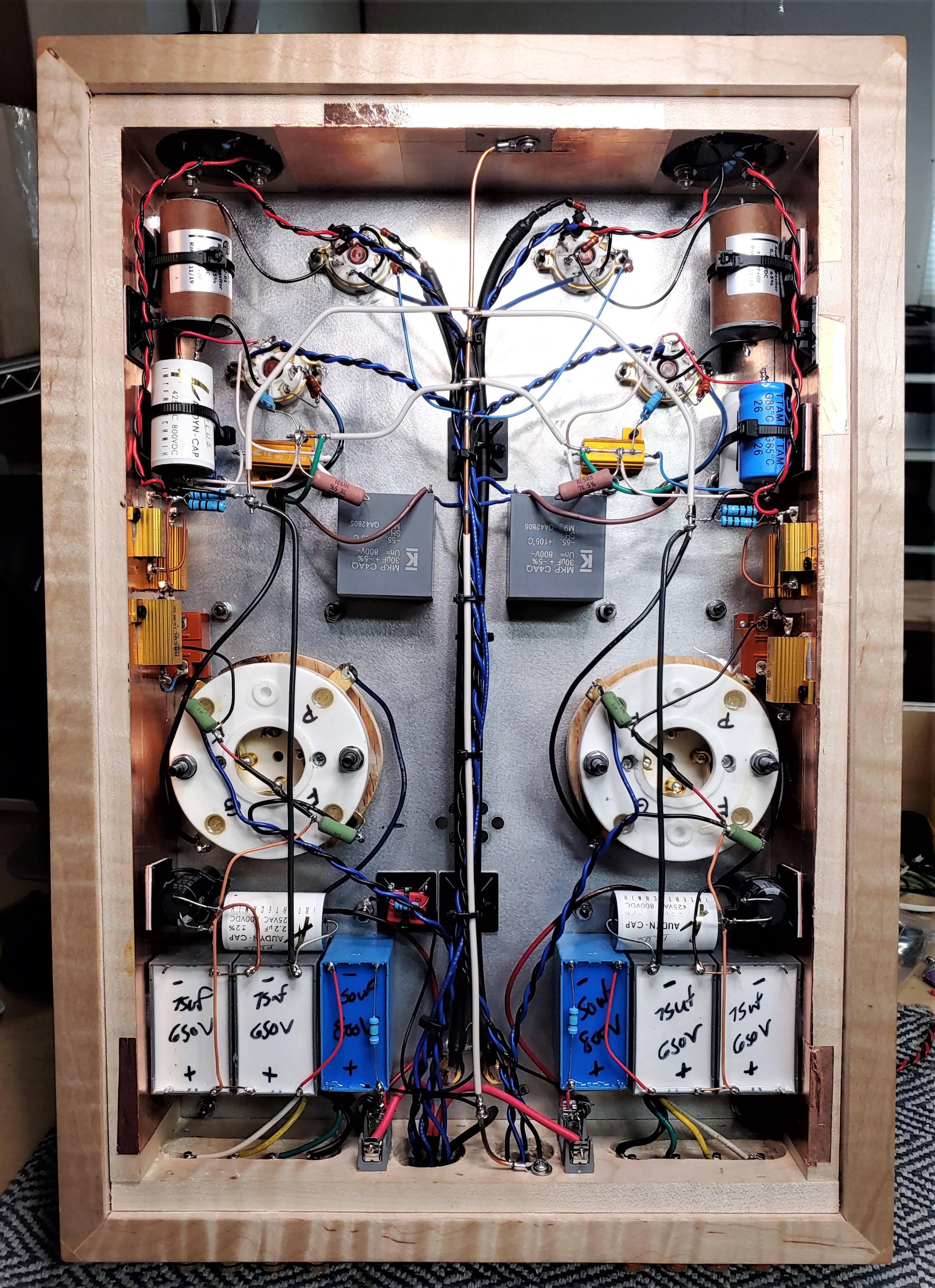 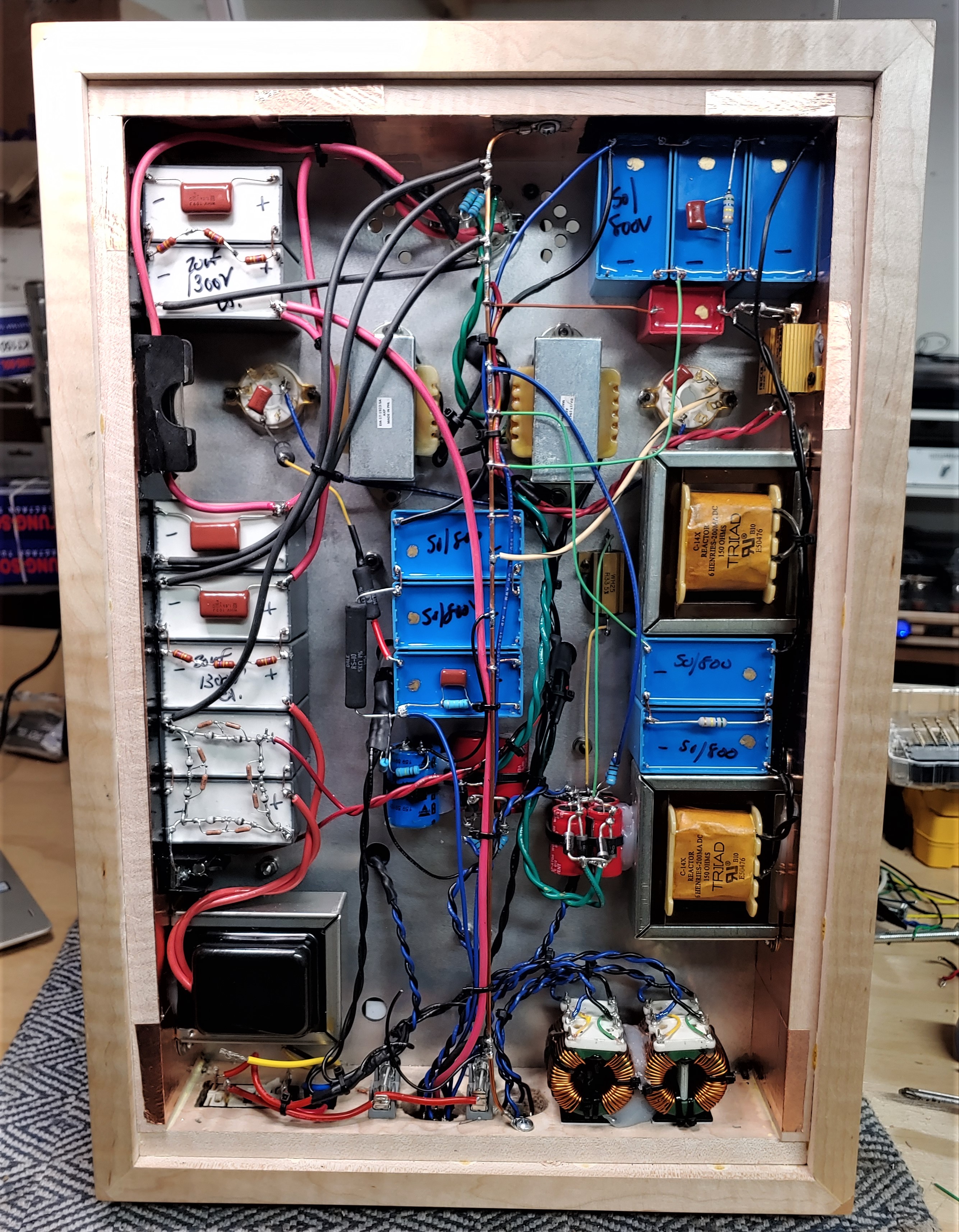